The project is on funding

In spite of 30 years of goodwill and promises for a Fair-Trade coffee, there have never been so many kids working in the fields. But worst, child labor in coffee farms is the overlooked side of a system of exploitation that longs toward slavery. Only after five years of working on this theme I understand my findings could be controversial.

Matthieu Dandoy is a French photographer, author, director and editor. Born in 1987, in Paris, today, he lives in Mexico. Self-taught, He began his career as Journalist Reporter of Images for the agency Hi-Media Publishing in 2009 in Paris.

In spite of 30 years of goodwill and promises for a Fair-Trade coffee, there have never been so many kids working in the fields. But worst, child labor in coffee farms is the overlooked side of a system of exploitation that longs toward slavery. Only after five years of working on this theme I understand my findings could be controversial. 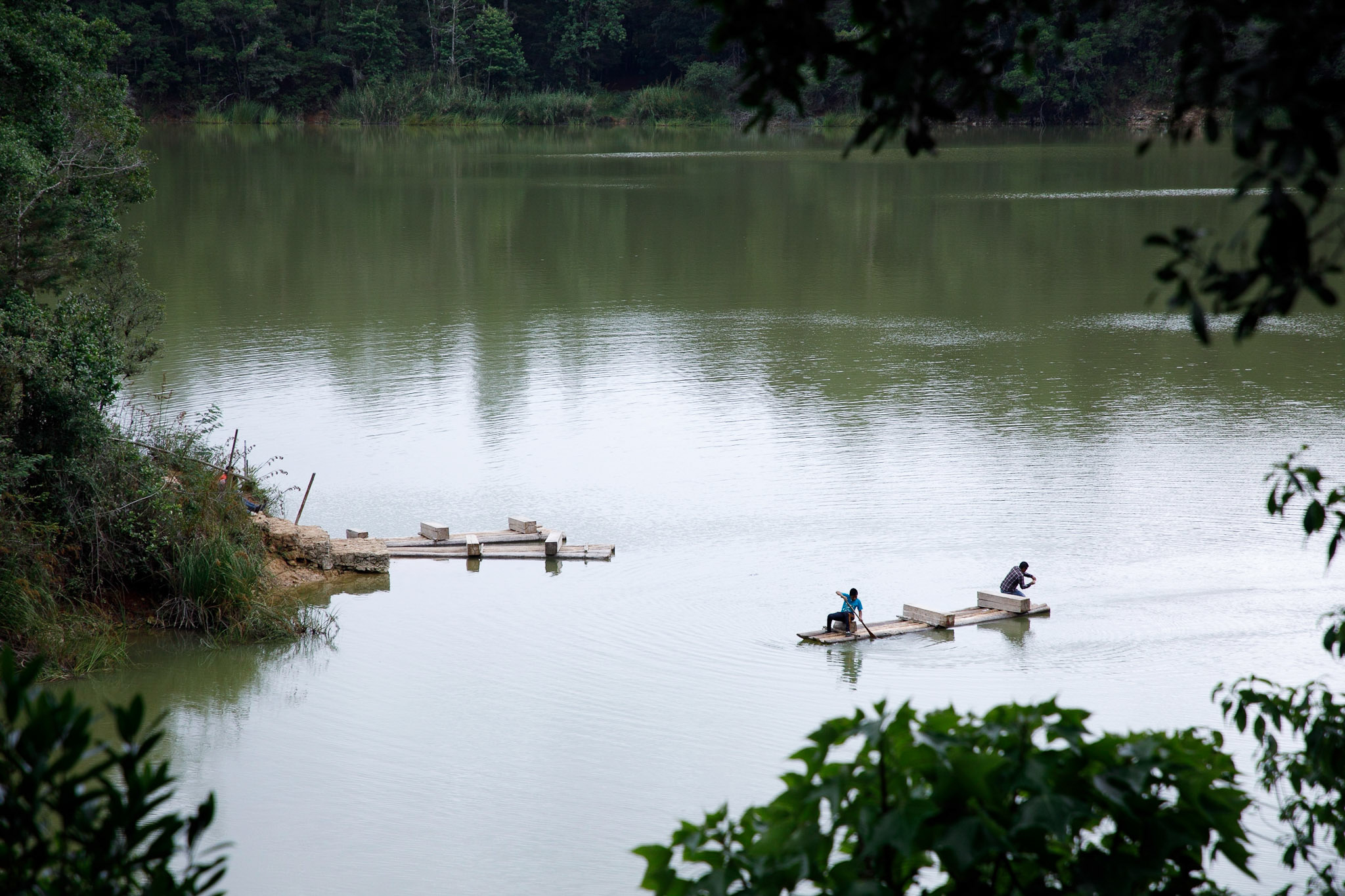 I started working with the Mauritanian anti-slavery activist Biram Dah Abeid and he passed on the idea of «mental chains». For example, those of the slave who has known only servitude, and conceives nothing outside of it. But this goes together with the interest of destabilizing the Masters’ mental serenity because he also carries his chains. They confine him to an assumed superiority that normalizes oppression.

But, when the extreme poverty in coffee regions makes child labor looks like a necessary evil, how did we come to accept it? To put a child at work for 40 hours a week, to carry his own weight in coffee, for us in Europe to enjoy it. There is only evil here.

So, could we be subjected to mental chains too? Chains that dictate a way of seeing the world and stay invisible unless they are disrupted...

To find out, I propose you accompany me to the land where our coffee grows, in Central America and especially between Guatemala and Mexico. In what used to be the Mayan empire. Here, coffee arrived like the Europeans, with slavery.

Note that the Mayan culture has never disappeared, its descendants are now the heirs of 500 years of anti-colonial struggle and those who are exploited in the plantations. This is why we will have a look at the history of this clash with the European culture. Because no issues of slavery can be raised without considering the context in which it happens.

In other words, this will be an observation of the power dynamics between agents inside the coffee supply chain. As the world second most traded good, after oil, coffee can tell a lot about the global economy of the 21st century.

Ultimately, there is not a word on slavery that does not speak about freedom. Something the dogma of individual responsibility takes for granted. But is freedom only available inside the system? Or do cultures provide us the chains for our own servitude, maybe to help us bear with its consequences?

The Project is on fundraising

Curated by mnngful and supported by our partners, sponsors and the community, we will bring the story to the world.

We will bring modern slavery and child labor issues into public debate.

We believe in the world-changing power of truth and storytelling supported with real action. Together with the community, partners and sponsors we will turn intentions into actions — support Matthieu in project development starting from planning and fundraising, actual field work, post-production and publishing.
Planning
June–Aug '22
Field work
Oct - Jan '23
Post-
porudction
Jan - Feb '23
Publishing
Mar '23

Matthieu is currently working on arrangements and contacts. The coffee harvest occurs between October and January.

He will start his work in October in the Soconusco region, near Tapachula, southern Mexico, and then cross the border to Guatemala, where the harvest begins a bit later — in November.

In Guatemala, different altitudes level makes it possible to go to various regions following the harvest's peak. Huehuetenango is famous for the quality of its coffee, making it easier to trace from the plantations to the final product. The harvest starts here in December.‍

We call the community to support with donations, spreading the word and actionable advice for contacts and insights on the topic. Join us as a member in telling mnngful stories.

Join discussion at the community
Funding

We target to help Matthieu produce the story and ensure that his great effort is fairly paid, the story gets published and is well-promoted. mnngful will work towards raising funds via sponsorships and donations from the community and running a pre-sale of a photobook.

Any contribution will get us closer to the goal — to produce a strong story and promote it widely. The project will happen regardless the amount we collect, but the more we have the stronger story we build.

All donations and further spends will be listed on the website. Choose an amount:
10 EUR25 EUR50 EUR100 EUR